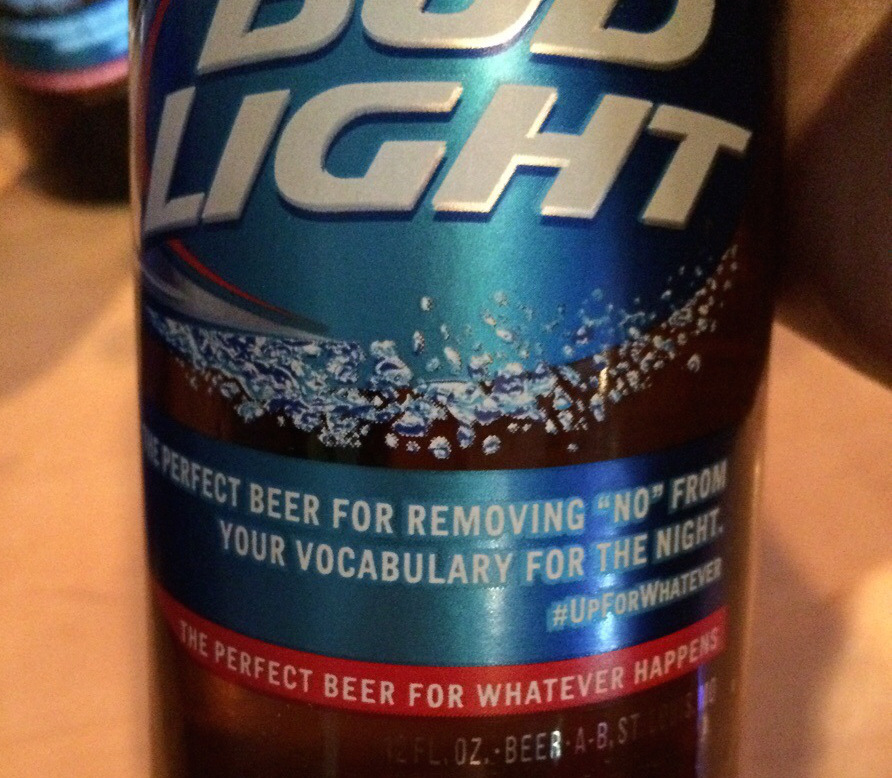 Bud Light Is Not #UpForWhatever

Bud Light is one of the world’s most recognizable brands. The brown bottle with its blue label and the golden liquid it contains is ubiquitous at nearly every bar or restaurant in America. This is why its screw up in March concerning its messaging appearing to (unintentionally) condone sexual assault was concerning.

We thought at the time Bud Light had a huge opportunity on its hands. A chance to become an advocate of changing the culture towards rape and sexual assault in our society. Based on the image here, that did not happen.

Bud Light’s response is as infuriating as the tagline on that beer label. When a brand becomes as big as Bud Light, in some ways it no longer belongs to only Anheuser-Busch-InBev. It’s a bit like raising a child. Sure, you created it and have raised it and will always have a hand in guiding it, but it’s not only yours anymore once it grows into an adult.

Bud Light is a huge part of American culture…whether you like to drink it or not. The #UpForWhatever campaign is a great idea. It proposes the idea of having a blast when you go out and going with the flow of the evening.

But, there’s no excuse for something like this ending up in the public sphere.

J. Michael has a saying. Some things should be thought of, but not necessarily executed, during the creative process. It is quite obvious that this idea was not run by a female before it was pushed out. Rape and sexual assault are major problems in American society. The industry that is sprouting to protect women from potential rapists speaks to that. Nail polish that changes colors when GHB has been dropped in a drink. Mace and pepper spray. Guns. The list goes on and on.

According to gattertopdrinks.com, Bud Light has a responsibility to make its customers feel comfortable while consuming their products. That doesn’t mean the situation occurring while someone’s drinking their product. It means confidence that Bud Light takes issues like this, that will always be tied to alcohol in some way, shape, or form, very seriously. When you print the phrase, “The Perfect Beer For Removing ‘No’ From Your Vocabulary For The Night” it’s obvious that you don’t take this issue seriously. At all.

Which means they run the risk of turning into a joke like this: 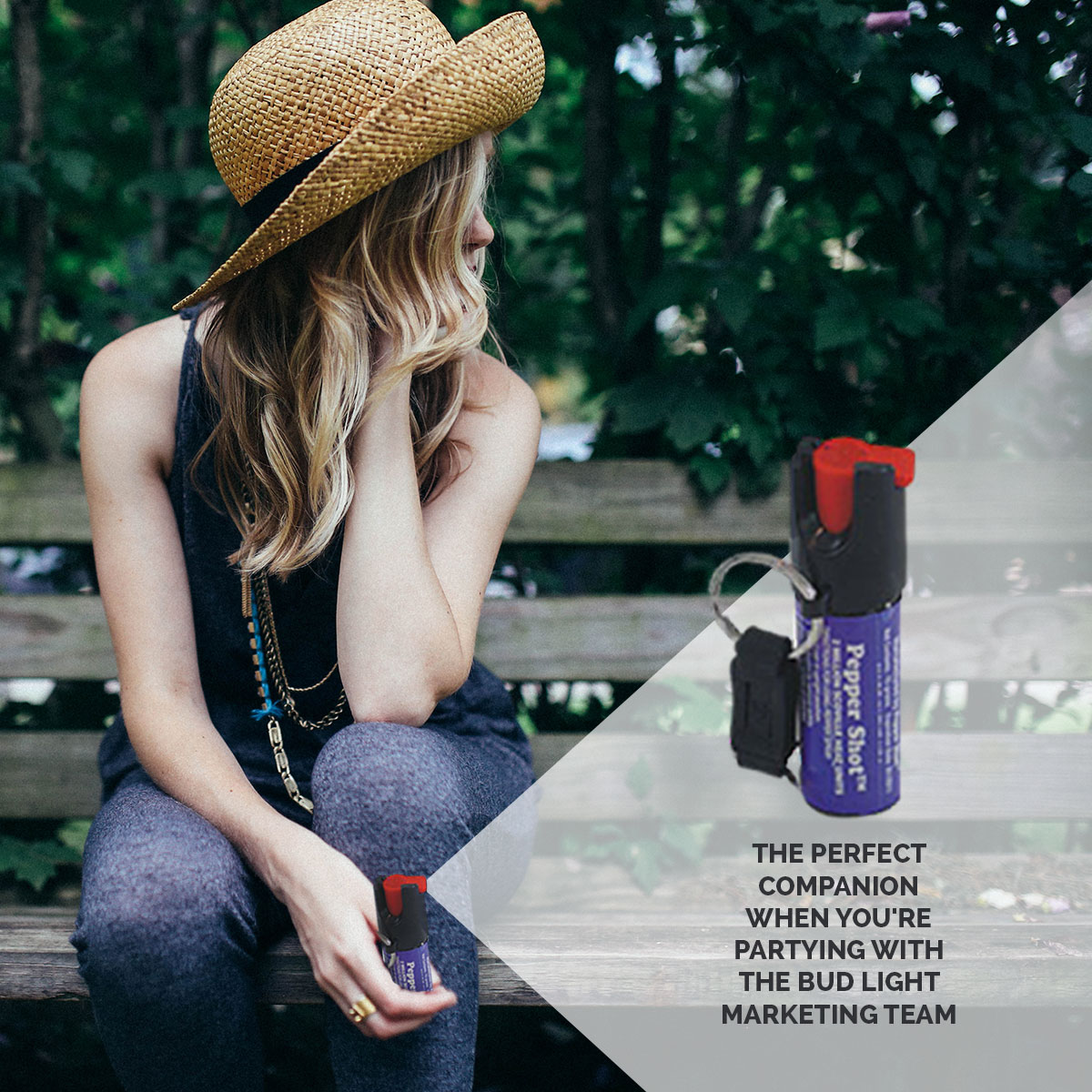