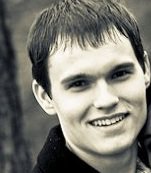 This is another in our series of #FollowFriday posts of people who inspire us. Follow Wade on Twitter along with his creation, Zapier.

Last year, during Columbia’s inaugural Startup Weekend, there were many fantastic ideas that came out of the 54 hour marathon, but Zapier came out on top. Zapier is really a genius invention, simplifying the hassle of all of your web apps talking to each other.

Wade Foster is the marketing man behind Zapier, which just so happens to have gotten a TON of press this week as it hits its stride and makes its presence known on a national level. Along with his cohorts Bryan Helmig and Mike Knoop, Zapier is on its way to what looks like a lot of success. So, what inspires us about Wade and the Zapier team? Their drive.

These are three guys that quit their jobs at a successful startup in its own right, left everything they knew in Columbia behind, and moved to California to pursue their dreams. Not everyone on earth can do that, and that’s a special quality. Wade inspires us to take chances, to not play it safe, and to dream big. Too often in the business world you see people play it safe, take the easy way out, or just give up. Zapier and Wade Foster are reminders of the rewards that await the risk takers.