There’s lots of talk about entrepreneurship bouncing around Columbia at the moment, thanks in large part to Startup Weekend a few weeks ago. As you’ve no doubt heard by now, Wade Foster and his team at Snapier were the grand prize winners of the weekend. You should absolutely read the Snapier blog; it is a great read about how the birth of a company happens.

While Snapier is a fantastic idea and Wade is an outstanding human being, that’s not why we’re highlighting them. We’re highlighting them because of the courage it takes to be an entrepreneur, and take those steps to launch your idea into a workable business model. Anyone can come up with an idea. We all have ideas every single day. What takes some serious courage is to take that leap of faith that you can make your idea succeed. Wade and the Snapier team have done that. They’ll tell you that Startup Weekend gave them a 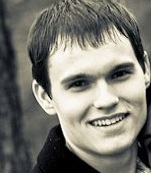 running start, and they’re right. It still takes a special type of person to make an idea convert into a business.

Will following Wade and Snapier turn you into the next great entrepreneurial superstar? Maybe. What’s more likely to happen is you’ll get a front row seat into how you develop an idea into a business while working a day job. And that’s pretty exciting too. What are your biggest fears about being an entrepreneur or starting your own business? Let’s digitally hug it out in the comments.