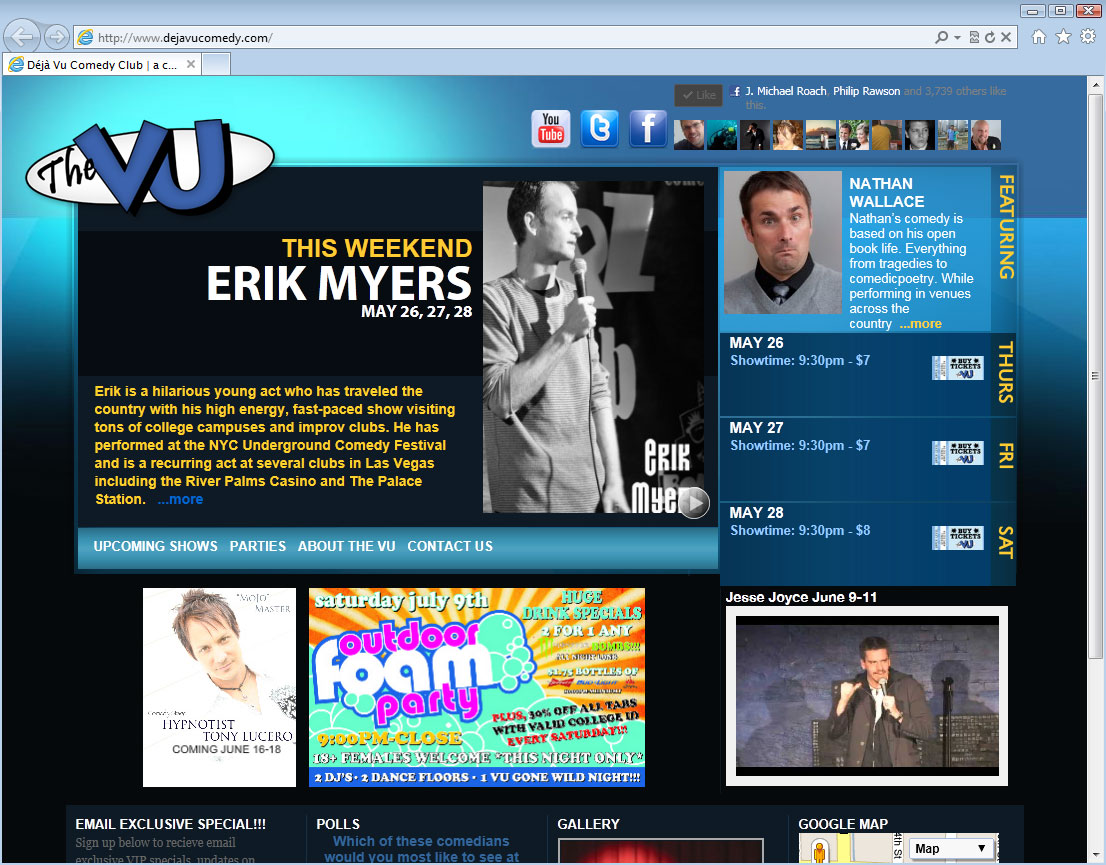 At 11:30 pm on May 23, the world laughed very hard. Why? Because Deja Vu Comedy Club launched its new website, which just so happens to have been built by us here at Caledon Virtual.  We believe the new site has been built with an impressive list of new features that will make promotions easier for the club, and more importantly, make interaction with the club easier for fans and showgoers.

You’ll notice the changes from the very first page. Been a long week? Need a laugh this weekend? You’ll find showtimes prominently displayed along with just who these funny folks are with photos, bios, and even a video of the headliner. Not only that, but you can easily book your ticket after ROFLMAOing at the video of that big headliner.

OK, so you still want to ROFLMAO at Deja Vu, but your 2nd cousin is graduating from kindergarten and your parents have issued an executive order that you attend said graduation this weekend. No problem. You can just see what shows are scheduled for the upcoming weekends after your 2nd cousin is a proud owner of that kindergarten diploma.

The site is also designed with the audience in mind. Not the Internet audience; the audience actually sitting in Deja Vu. The site will poll visitors as to which comedians should appear at The Vu, and other questions as they think of them, which we’re sure will be funny. The folks there DO run a comedy club after all, which means they’re much funnier than we’ll ever be here at Caledon.

There’s much more on deck for The Vu’s website, stuff that we’re SERIOUSLY excited about, but can’t quite reveal yet. Trust us. It’s going to be really awesome for you, and for The Vu. So go ahead, make your reservations, and go ROFLMAO at The Vu, and tell them the website sent you.