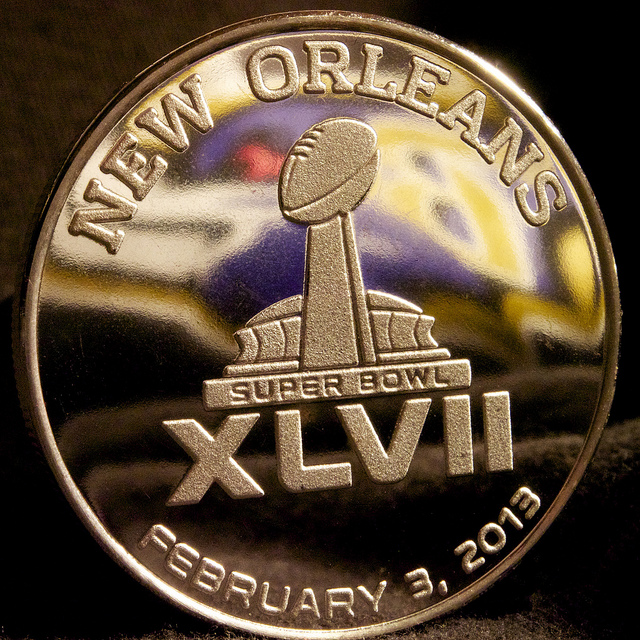 Here at Caledon Virtual, we are branding daredevils, choosing to live life on the edge. How? We’re using the term “Super Bowl” in this post and risking the holy wrath of Commissioner Roger Goodell and his minions. This #FF is an unusual one as we point you towards an hashtag rather than an entity.

The Super Bowl is watched by everyone on the planet. This is a scientific fact (note: may not be a scientific fact). Every year we gather round the 7-layer taco dip to scream and cheer for our favorite team or gambling interests on slot online, but we all know the reason most of us are tuning in. It’s the commercials.

More and more people are using their phones, laptops, and tablets to add to their television experience. How many more? An estimated 41% of tablet owners and 38% of smartphone owners. That won’t be any different on Sunday night when Baltimore takes on San Francisco. So how to fuse these two loves? Easy. #BrandBowl. This event was launched four years ago by Mullen as a way to have that Monday morning water cooler discussion during the game on Twitter. With more than 48,000 tweets last year, you can be sure a lively discussion will be underway.

Social media is changing the way we communicate. This isn’t something that’s new to most of you, but it really hits home when you used to have to wait until Monday to figure out which ad everyone liked the best. Now, it’s done in real time and brands have to release their commercials DAYS ahead of time just to get noticed. You can already see Mercedes-Benz, Budweiser, and many others online. Why? Because being relevant on Monday morning isn’t enough. You have to grab that 30 seconds of airtime (at a reported cost of $4 million this year) and make an entire campaign out of it. #BrandBowl is our chance to play armchair reviewers.

For the record, our early favorite is the Mercedes-Benz ad. There’s just something creepily comforting about Willem Dafoe playing the Prince of Darkness. Although it did get a bit dusty around here during that Budweiser ad. Let the debate begin.